Best Romance Books in a Series 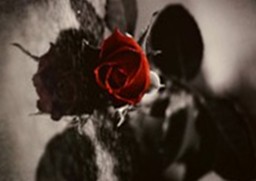 If you're looking for some great romance books to read then read on my friend. I'm a sucker for a great romance and I've got plenty to share with you. The more the merrier, right? So long as they are well written and enjoyable, of course.

you'll find a nice variety of traditional, historical, paranormal and young adult romance books here and much more to come, I assure you of that, so don't forget where you found us.

There is nothing better than getting lost in the pages of a well written, passionate romance book that grabs your heart and holds on until you are so wrapped up in the story you feel like you're a part of it. I love a story that I can connect with and I share them here in the hope that you can have the same, wonderful reading experience that I had when I read each and every series you find below.

In addition to our recommendations below, you'll find a section at the bottom of the page designated to the romance favorites shared by other visitors to this page. Click here to check them out, or join in the fun and share your own!

Contemporary Romance Books in a Series

Vampire Romance Books in a Series

Historical Romance Books in a Series

Fill in the form below to share your series recommendations with other BFB readers. The more you share, the more our readers will respond to your recommendation and add their comments to your submission, so don't be shy... tell us what's so awesome about it!