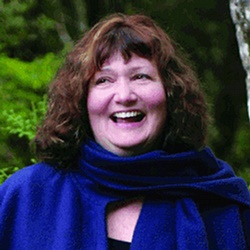 Christine Feehan is one the best authors in the paranormal romance genre, and one of my personal favorites. For many, she is the queen of vampire romance, and I wholeheartedly agree that her books are absolutely addicting.

Not only is she a New York Times bestselling author, but she has published over 30 novels in the fantasy and paranormal romance genres and earned numerous awards for her work.

She is one of the very best when it comes to bringing supernatural characters to life and an author that I have recommended to many a romance reader.

If you want a fast paced, sexy book that will keep you up at night, this is the author to read. I have spent many late nights reading or re-reading a steamy Feehan novel. In fact, I have read more than my fair share cover to cover in a single sitting!

If tall, dark and supernatural is your thing... you definitely don't want to miss Feehan. She adds just the perfect balance of sexiness, romance and action to keep those pages turning.

Wild Cat from the Leopard series is set for release on November 24, 2015, Spider Game from the GhostWalkers on January 26, 2016 and Dark Promises from the Dark Series on March 1, 2016. Pre-order any of these and find other recently released Feehan books at Amazon.com

Christine's 2015 Book Releases Include the Following:

Christine Feehan Books You Should Read

Keri Arthur has made a name for herself in the paranormal romance genre with the Riley Jenson series and a strong knack for writing action packed books with strong, sexy characters that you just can't resist.

PC Cast has written more than 25 books in the paranormal romance and young adult fantasy genres, many of which have reached best seller status. She is most well known for her House of Night series.

Kim Harrison is the pen-name of author Dawn Cook. She is most well known for her Rachel Morgan series, which is an urban fantasy mystery set in an alternate history where humans and supernatural races co-exist.