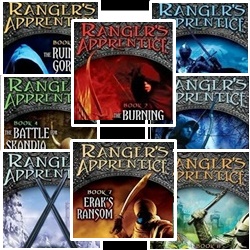 The Rangers Apprentice takes place in a fictional world based on medieval times in Europe and chronicles the adventures of Will, an orphan who begins an apprenticeship to become a ranger.

A Ranger's duty is to protect the nation and as a ranger in training Will sets out with his mentor Halt and his best friend Horace on a journey to keep Araluen safe from outside threats and trators.

Flanagan has stated that the inspiration for the Ranger's series comes from a variety of sources including family and friends, World War II Rangers, and Texas Rangers.

Also, he credits inspiration for the relationship of the main characters in the Ranger's series to the Harry Potter series.

The Rangers Apprentice is one of Aaron's top 5 favorite fantasy series. It's a great read for fantasy fans who like a lot of action and adventure, and for those who enjoy medieval style books as well.

Book One: The Ruins of Gorlan 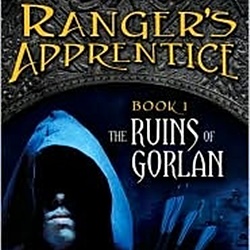 Will, an orphan and ward of the castle hopes to become a great hero.

But he is a small boy, and only the biggest and toughest are selected as warriors. He has other talents though, and they catch the attention of the mysterious Ranger Halt.

When Will is selected as a Ranger's apprentice, he doesn't realize that he is being selected to become one of the protectors of the kingdom. The Rangers are highly skilled in battle, and their goal is to keep the battle from reaching the people.

But there's a large battle brewing and the Lord of the Mountains of Rain and Night, Morgarath, is preparing his forces to attack the kingdom. Can the Rangers stop him? 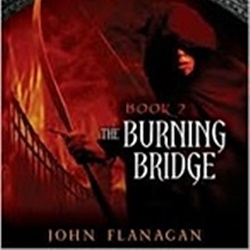 For years, the Kingdom of Araluen has prospered, with the evil Lord Morgarath safely behind the impassable mountains. Its people have felt safe. But the scheming hand of the dark lord has not been idle...

On a special mission for the Rangers, Will and his friend Horace, an apprentice knight, travel to a neighboring village and discover the unsettling truth: All the villagers have been either slain or captured. But why?

Could it be that Morgarath has finally devised a plan to bring his legions over the supposedly insurmountable pass?

If so, the King's army is in imminent danger of being crushed in a fierce ambush. And Will and Horace are the only ones who can save them.

And they'll need every ounce of courage they've got to thwart the evil lord Morgarath this time. 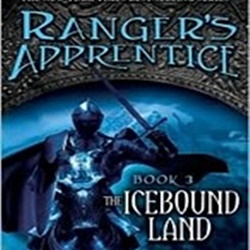 Kidnapped and taken to a frozen land after the fierce battle with Lord Morgarath, Will and Evanlyn are bound for Skandia as captives aboard a fearsome wolfship.

Halt has sworn to rescue his youn apprentice, and he will do anything to keep his promise-even defy his king.

Expelled from the Rangers he has served so loyally, Halt is joined by Will's friend Horace as he travels toward Skandia.

On their way, they are challenged again and again by freelance knights-but Horace knows a thing or two about combat.

Soon his skills begin to attract the attention of knights and warlords for miles around. But will he and Halt be in time to rescue Will from a horrific life of slavery?

Book Four: The Battle for Skandia 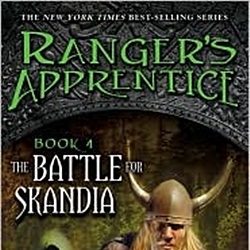 For Will and Evanlyn, freedom has never felt so fleeting.

Still far from their homeland after escaping slavery in the icebound land of Skandia, the Ranger's apprentice and the princess's plan to return to Araluen is spoiled when Evanlyn is taken captive by a Temujai warrior.

Though still weakened by warmweek's toxic effects, Will employs his Ranger training to locate his friend, but an enemy scouting party has him fatally outnumbered. Will is certain death is close at hand until old friends make a daring, last-minute rescue.

The reunion is cut short, however, when they make a horrifying discovery: Skandia's borders have been breached by the entire Temujai army. And Araluen is next in their sights.

If two kingdoms are to be saved, the unlikeliest of unions must be made. Will it hold long enough to vanquish a ruthless new enemy? Or will past tensions spell doom for all?

The battles and drama are nonstop in Book Four of this hugely popular epic series.

Book Five: The Sorcerer of the North 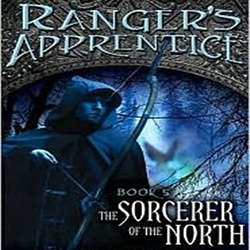 Joined by his friend Alyss, Will is suddenly thrown headfirst into an extraordinary adventure, investigating fears of sorcery and trying to determine who is loyal to Lord Syron...and who is planning to betray him.

Will and Alyss must battle growing hysteria, traitors, and most of all, time.

Lord Syron is fading, but when Alyss is taken hostage, Will is forced to make a desperate choice between loyalty to his mission and loyalty to his friend...

Adventure abounds in this absorbing installment of the New York Times best-selling series.

If you like the Rangers Apprentice, you may also enjoy: