Forgetful of Strangers by Donald Carte 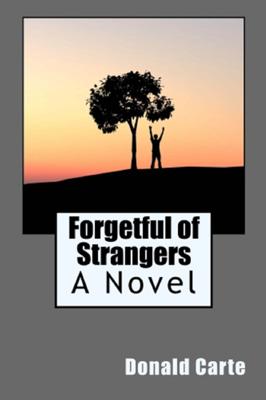 I originally received a recommendation for this book on my Kindle, and eventually downloaded it. I was finished reading it in two days! Not a small book either.

There really is no better way to describe why I read it so quickly, except to say that each time I was getting ready to put it down and move on to the chores I knew had to be done... something happened in the next chapter to make me keep reading (and blow off the chores). It made for a great, if messy weekend.

There are so many twists and turns in the book that they were difficult at first to keep up with. But by then end, like any good fiction they all seemed to come together with an eye-opening resolution.

The authors depiction of a small town in South Carolina was delightful (I'm from there), but the mystery behind the people there is so much different when it is revealed.

You won't see the ending coming (or maybe you think you will a couple of times, but I doubt you'll be right. I wasn't).