The main character Fairfaxe is from a kind of bipedal vulpine race called the Bisktritt - a rural, downtrodden, mostly-ignored race of creatures inhabiting the unwanted lands of Mede Hnare. 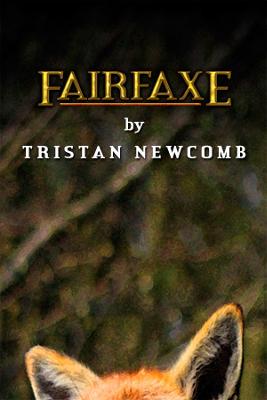 But the Fairfaxe character is the exception, having been plagued with a kind of rampant, unhappy intellectualism since his youth.

He's an elderly, reclusive sort, having lived in solitude for decades, disheartened by his lack of success in philosophical writing, and perpetually disappointed by the crude behavior of other Bisktritt.

As you would expect, he is soon drawn into a tangle of reluctant adventures and frantic confrontations with the wider world - a world he had never before bothered to even visit, let alone participate in so severely.

In a sense, he's a kind of ultra-rational reverse-Quixote. His reluctance, suspicion, and over-thinking is so constant - and yet often so justifiable - effecting a parallel of how intellectually-infected folk are jostled about in this relatively anti-intellectual world.